The following conditions/pathologies may be caused by or have symptoms increased by talotarsal displacement:

Find our more at www.GraMedica.com.
Posted by GraMedica® at 7:30 AM No comments:

It is important to document the presence of reducible/flexible talotarsal displacement. This is accomplished through:

Posted by GraMedica® at 7:23 AM No comments:

View a summary of peer-reviewed published literature on HyProCure®.

Email ThisBlogThis!Share to TwitterShare to FacebookShare to Pinterest
Labels: HyProCure®

The foot is the foundation to the body. The alignment of the foot is crucial for proper foot function. This lecture discusses normal and abnormal alignment and the exact cause that leads to a faulty foot structure. Learn more at www.GraMedica.com.


Foot Alignment - from GraMedica, GIII
Posted by GraMedica® at 11:26 AM No comments: 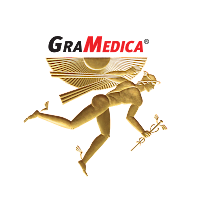 We live up to our name! In the service of our customers, both patients and surgeons, we stand for Growth, Responsibility, Ambition, Motivation, Education, Dedication, Integrity, Customer Satisfaction and Accountability.

Learn more here.
Posted by GraMedica® at 11:34 AM No comments:

Email ThisBlogThis!Share to TwitterShare to FacebookShare to Pinterest
Labels: GraMedica

Adult acquired is a very serious condition that can lead to many secondary deformities not only within the foot but also to knees, hips and the back. This presentation discusses a new proven procedure that may be able to help realign and there fix this problem at its root.


Adult Acquired Flatfoot from GraMedica, GIII
Posted by GraMedica® at 11:29 AM No comments:

Learn more at www.GraMedica.com.
Posted by GraMedica® at 2:00 AM No comments:

The Power of HyProCure® - one girl's story told in sand

Posted by GraMedica® at 6:30 AM No comments: 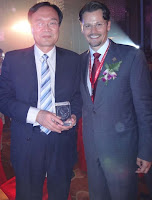 The 2012 “Game Changer” award, presented by the Graham International Implant Institute®, the training partner of GraMedica®, a global orthopedic medical device company, was presented to one of the leading foot and ankle specialists in all of China. Dr. Jian Zhong Zhang, M.D., Prof., Director of Foot and Ankle Services, Chief of the Department of Orthopaedics at Beijing TongRen Hospital and Capital Medical University, received the award during a ceremony at the 2012 TongRen Foot and Ankle Symposium, held in Beijing, China, September 14-16.

Changing Lives, One Step at a Time: HyProCure® Marks 8 Years


HyProCure® was invented by Michael E. Graham, DPM, FACFAS, FAENS. In his practice, Dr. Graham specialized in the correction of foot and ankle instability. Recognizing the significant limitations of the sinus tarsi implants on the market, he developed HyProCure®. The device received FDA approval on September 16, 2004 and the first HyProCure® placement took place on September 22, 2004. As more and more doctors and patients gained awareness of both the condition and treatment, GraMedica®, global orthopedic medical device company and maker of HyProCure®, experienced rapid growth.

Dr. Graham was determined to improve patient outcomes by providing this revolutionary solution. In order to share his knowledge and expertise with other foot and ankle surgeons, he founded the Graham International Implant Institute® (GIII®) in August 2006. The mission of GIII® is to elevate the standard of care in the arena of Extra-Osseous TaloTarsal Stabilization through education. Since the release of HyProCure®, many peer-reviewed studies have been published recognizing the proven results of this EOTTS device. Learn more at http://www.gramedica.com/library/.
Posted by GraMedica® at 11:10 AM No comments:

Why is HyProCure® Different from Other Devices?

A New Kind of TaloTarsal Stabilization

One of the most important advantages of the HyProCure® system is the procedure itself. The actual surgery is minimally invasive, generally takes less than 15 minutes, requires only local anesthetic, and can actually be performed in-office, which makes it ideal for patients without insurance coverage.

While the procedure is similar in principle to subtalar devices, there are several very important differences that need to be reviewed before you can perform the HyProCure® procedure safely and effectively. To aid you with this, we have prepared a fast-track online training program that will arm you with the core preparation to successfully perform the procedure. In addition, we also offer many hands-on training seminars year-round and throughout the world that can assist you in advancing your training and certification status.

The complete details of the HyProCure® procedure itself will be covered during your training and certification process, whether online or at one of our seminars. We also invite you to review the procedure animation video below for a guided overview of the process.

Posted by GraMedica® at 8:24 AM No comments:

Q. What happens to a pediatric patient when they mature and their bones grow to their adult size, will we need to revise the HyProCure® stent size?

A. By the time a child is 3 to 4 years old the sinus tarsi is formed by the osseous structures from the talus and calcaneus. It is my belief that the sinus tarsi does not change in its dimensions (yet to be proven). This is based on the fact the most common HyProCure® size is 7 then 6 in adult patients. So, if a child already has a size 6 or 7, then they already have the most common adult size stent.

Learn more at www.GraMedica.com.
Posted by GraMedica® at 8:16 AM No comments:

Add blog to our blog directory.